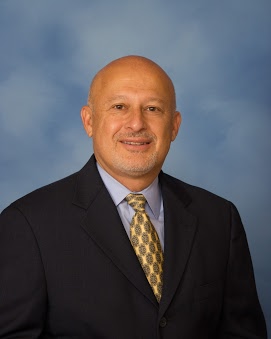 Rick Ghinelli graduated from the University of Houston with a Bachelor of Music Education and earned his Masters of Administration from Sam Houston State University. He retired in 2013 after working 31 years in the Spring Independent School District. He was a successful middle school band director, and his bands earned a number of awards on both the local and state levels, including being selected as a finalist in the Texas Music Educators Association Honor Band Competition. Mr. Ghinelli continued his career in Spring ISD as an elementary assistant principal, a middle school assistant principal, and a middle school principal. In 2000, he was offered the position of Director of Performing and Visual Arts for the district, a position he held until his retirement. During that time, Mr. Ghinelli was fortunate to work with a number of very talented fine arts teachers, whose programs consistently earned the highest awards at the local, state, and national levels including a Bands of America Grand Championship and multiple appearances at TMEA and the Midwest Band and Orchestra Clinic.

In 2012, Mr. Ghinelli received the Administrator of the Year award from Culture Shapers, a Houston-based organization dedicated to supporting the arts in schools. In 2013, he was inducted into the Alpha Chapter of Phi Beta Mu, and in 2014, he was honored as the Distinguished Alumnus in Music Education from the Moores School of Music at the University of Houston.

In his current position as the Educational Support Manager in the Division of Education for Conn-Selmer, Inc., Rick continues to be a strong advocate for music education and is a frequent presenter at conferences, universities and school districts across Texas and the nation. He also continues to take an active role in music administration as a leader in the Music Administration Collaborative, a Conn-Selmer initiative to create a nationwide network of music education leaders.