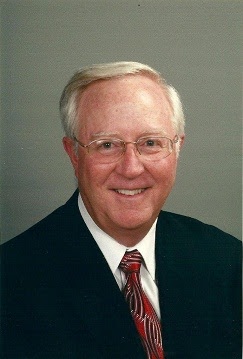 Mr. Randy Bartlett was appointed as Executive Secretary for UIL Region 25 Music in February, 2006. Prior to this position he was Director of Fine Arts for the Hurst Euless Bedford Independent School District in Bedford, Texas for five years and Director of Fine Arts for Round Rock ISD in the Austin area for two years. Prior to those positions, he was Director of Bands at South Garland High School for 19 years, serving as Fine Arts Department Head for 16 years. His previous teaching assignments include South Grand Prairie High School, Richland High School, and Allen High School. From 1971-75, he served as a clarinetist in the Air Force Band stationed in Wichita Falls, Texas, and Anchorage, Alaska.

During Mr. Bartlett's tenure at South Garland, the bands competed in festivals in Louisiana, Colorado, Tennessee, Washington, D.C., Florida, and Texas, and were selected as the outstanding band several times. The South Garland Bands were consistent first division UIL winners. Mr. Bartlett has served as a frequent clinician and adjudicator in Texas, New Mexico, Arkansas, Louisiana, and Oklahoma. He has held several positions in TMEA Region III and served for five years as region president. Mr. Bartlett recently served on the UIL Technical Advisory Committee in Austin. He has also served as President of the Texas Music Administrators Conference.

Mr. Bartlett has been nominated twice for the UIL Denius Award for Teaching Excellence and was a nominee for the University of Texas Excellence in Teaching Award for 1996-97.