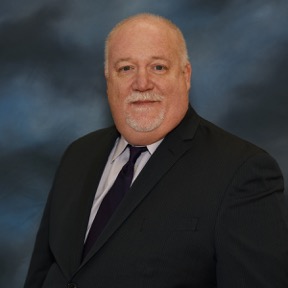 Monte Mast is currently the Director of Fine Arts for the Klein Independent School District in Klein, Texas. A graduate of the University of Akron, he taught for one year in the Coventry Local School District before he was lured to teach in Texas. He spent five years at Calallen Middle School before accepting the position of Assistant Band Director at Klein Oak High School. In the 13 ½ years he spent as the assistant or associate at Klein Oak, his bands were UIL Sweepstakes winners, two time Best-in-Class and three time runner-up festival winners, and three time UIL Area Marching Contest participants. He became the first Fine Arts Program Coordinator for Klein ISD in January 2006 and stepped into the role of the Director of Fine Arts after the retirement of his mentor Bob Blanton in July 2007.

As Klein ISD’s Director of Fine Arts, Monte oversees the administration and personnel for the band, orchestra, choral, elementary music, theatre arts, dance, and visual art programs for the district’s 5 high schools, 9 (soon to be 10) intermediates, and 31 elementary campuses. He has been involved with bond planning, technology, curriculum, facilities design, professional development and GPA committees for the district. During his tenure as the Director of Fine Arts, he has successfully added 68 fine arts instructional positions, built an elementary art program where one did not exist, and increased fine arts stipends by over $400,000. He finished an instrument replacement plan for the district’s 2015 bond plan that was approved that will include just under $5 million in funding with more than $1 million additionally for fine arts technology upgrades. During his tenure as Director of Fine Arts, ensembles from Klein ISD have been invited to perform at TMEA 11 times, the Midwest Clinic 6 times, the Music for All National Festival 8 times and Klein ISD was named a Best Community for Music by the NAMM Foundation 9 times.

Whether as a performer, staff member, designer or judge, Monte’s marching arts experiences have been important parts of shaping his career. His time in the Bluecoats and Phantom Regiment Drum Corps led him into becoming the primary visual designer for more than a dozen bands in Texas, Ohio, Missouri, and Kansas. He spent three years as a member of the Phantom Regiment brass instructional staff and was instructing the corps in 1996 when they won their first DCI title. He judged indoor guards for the Texas Color Guard Circuit for ten years including four championship panels. Between drum corps and marching band, he has judged contests in 40 states counting state championships in 11, including four UIL SMC assignments. Monte has judged for Drum Corps International since 2000 serving on six championship panels and also judges for Music for All/Bands of America.

Monte recently celebrated his 20th anniversary with his wife Karen. They have two children Garrett (string bass player and theatre techie) and Julianne (artist and beginning oboist). In his limited spare time, Monte is a coffee connoisseur and an avid oenophile (wine geek).