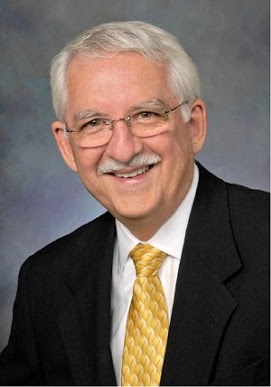 Dr. Michael Mamminga was a teacher and administrator in the Richardson Independent School District (RISD) for 36 years, with 33 of those serving as the Director of Fine Arts. Having served through the administrations of seven superintendents, he retired in June, 2007.

During his distinguished career as Director of Fine Arts, the Fine Arts program flourished in the tradition of academic excellence in the Richardson schools. His leadership, management, marketing and communication skills were catalysts for the Fine Arts program’s success. He takes particular pride in the outstanding staff in the program, both past and present, as well as the comprehensive curriculum of study. These ingredients, along with dedicated students and supportive parents, school administrators and community members, enabled the Fine Arts program in the RISD to enjoy an unparalleled local, state and national reputation for outstanding accomplishments in music, art and theatre during his tenure.

A native of Illinois, Dr. Mamminga earned a Bachelor of Science in Music Education (B.S.M.E.) with Honors from the University of Illinois, a Master of Music Education (M.M.E.) from the University of North Texas, and a Doctor of Philosophy in Music Education (Ph.D.) from Florida State University. During the 1968-1969 school year, Dr. Mamminga was awarded a Fulbright Scholarship to study Euphonium and British Brass Bands in London, England. While in London, he earned an Artist Diploma in Euphonium Performance (L.G.S.M.) from the Guildhall School of Music and Drama, and a Diploma in Brass Band Conducting, Arranging, and Musical Knowledge (L.T.C.L.) from the Trinity College of Music. During that year, he studied with the celebrated British trombonist Denis Wick of the London Symphony Orchestra and performed with the Hendon Brass Band alongside the esteemed British euphonium performer Barrie Perrins. As a student, Dr. Mamminga studied and worked with the eminent British composer Dr. Gordon Jacob and is the dedicatory recipient of Dr. Jacob’s acclaimed “Fantasia” for Euphonium and Band.

Dr. Mamminga also enjoys a passion for real estate. He is currently a REALTOR® in residential sales with the renowned Dallas real estate firm of Allie Beth Allman & Associates.