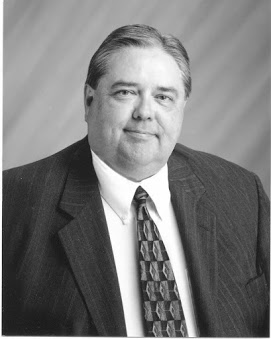 John Kline hails from Abilene, Texas where he attended Abilene High School. He is a graduate of Abilene Christian University where he received his Bachelor’s Degree in Music Education in 1973. John also holds a Master’s Degree in Music from the University of Texas at Commerce, and a Supervisor’s Certification from the University of North Texas. Having served as a band director in the Mesquite Independent School District for over 25 years, John’s bands at North Mesquite High School received numerous honors: being named a finalist in the Parade of Champions Marching Contest seven years in a row, being a consistent UIL Sweepstakes winner, and being chosen as Grand Champion Band at the Opryland Music Festival. John has served as the Director of Fine Arts for the Mesquite ISD since 1995, overseeing all of the fine arts including secondary band, orchestra, choir, theatre, art, dance, and elementary art and music. John was also the founder and conductor of the Mesquite Community Band and has served as the conductor of the Town North Concert Band and the Lakeshore Symphonic Winds.

In 1995, Mr. Kline was inducted into the Alpha Chapter of Phi Beta Mu, the National Honorary Bandmasters Fraternity. He has served as contest chairman and host for many region, area, and state marching contests held at Mesquite Memorial Stadium and has served as a UIL music adjudicator and clinician throughout the state.

John is passionate about making quality musical sounds where the music tugs at the heart of performers and audience alike. “Great pitch, blend, balance, and rhythmic accuracy are very necessary and important”, John states, “but without careful attention to the musical phrase and without the passion behind the playing, the end product will be far from satisfying”. He credits three band directors as huge influences in his life. Ed George was his junior high band director and was also one of his professors at Abilene Christian. Tony Anderson was his high school band director at Abilene High School. It was Mr. Anderson who hired him to come to Mesquite in 1973 as his assistant at North Mesquite High School. Charles Trayler was John’s college band director at Abilene Christian and has been a huge influence on his life, his craft, and his philosophy of music education. John feels very lucky to have had these great mentors in his life. “There is not a day that goes by that I don’t use something that I learned from these men. I owe them a huge debt of gratitude.”

John lives in Mesquite with his wonderful wife Vicky. He has one son, John David, one daughter-in-law, Tara, and two beautiful grandchildren, Kaylie and Madelyn. John’s hobbies include magic and photography. He is a Past President of the Dallas Magic Club and was named the Dallas Magician of the Year in 2005.