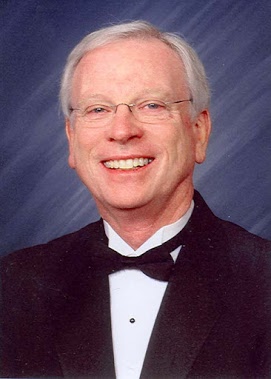 Jim Van Zandt is in his tenth year as Director of Fine Arts for the Round Rock Independent School District. In this capacity, is involved with operations, curriculum, staff development, budget, and staffing for Music, Art, Theatre, and Dance. He is also actively involved with the structure and curriculum of the district’s Visual and Performing Arts Academies. As a part of his role, he is a constant advocate for the arts in education.

Jim holds Bachelor of Music and Master of Music Education degrees from the University of North Texas, where he was listed in Who’s Who in American Colleges and Universities. He was Director of Bands and Fine Arts Department Chair at Westwood High School (Round Rock ISD) from 1995-2001, after serving as Director of Bands at Richland High School (Birdville ISD) for the previous twenty years. He has also taught in Denton, Fredericksburg, Raymondville, and Jayton, Texas.

Jim’s bands earned Best-in-Class or First Division awards in festivals in Colorado, Florida, Texas, Louisiana, and California, as well as consistent sweepstakes awards in Texas University Interscholastic League competition. He is active as a clinician, guest conductor, and adjudicator, and has served in these roles in Texas, Colorado, Oklahoma, Arkansas, Louisiana, Florida, and Arizona.

Jim is Past President of the Texas Music Educators Association, and served on the TMEA Executive Board from 1982-1986. He also serves on the Cadre of Trainers for the Center for Educator Development in Fine Arts, and as such, is frequently invited to present training sessions for school districts and professional organizations.

Jim and his wife Carolyn have one daughter, one son, and five grandchildren. He enjoys reading, gardening, canoeing, and hiking (but he wants MORE time for these things!)