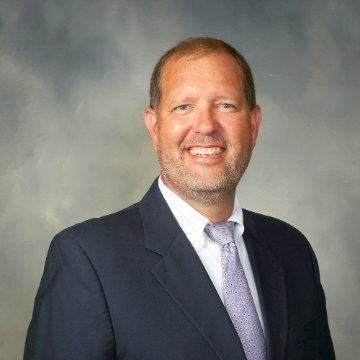 Mr. Egger has presented clinics at the Texas Music Educators Association, Texas Bandmasters Association Conventions and the Texas Music Administrators Conference Fall Retreat as well as several school districts in the Rio Grande Valley. He has also served as a band clinician for several high school and middle school bands in Edcouch-Elsa, Edinburg, Harlingen, Hidalgo, La Joya, McAllen, Mission, PSJA, Rio Grande City, Roma, San Benito and Sharyland. Mr. Egger has been the clinician of TMEA Region Jazz Bands in Region 15 & 28. He has also conducted All-City Bands for Edinburg CISD, McAllen ISD, Mission CISD and PSJA ISD. Mr. Egger has as the Rio Grande Valley TUBACHRISTMAS Coordinator for the past thirty years. This event has become one of the largest of its kind in the United States.

It was an honor for Mr. Egger to serve as the Texas Music Administrators Assoication President for 2020-2021. Serving during the COVID-19 Pandemic was a challenge but in the end, TMAC has become more connected and calibrated than ever before. Through the resilience of the membership, the future is very bright for TMAC. Mr. Egger has slso served as the TMEA Region 15 President, Vice President, Band Division Chairman, Band Division Vice Chairman and Jazz Chairman. He has also served as a member of the TMEA State Board and the UIL Music Advisory Committee. Mr. Egger is also one of the founding members of the Rio Grande Valley Band Director Hall of Fame Committee, the first of its kind in the state of Texas. Earlier this year, a new entity, the Texas Arts Education Campaign was formed, and Mr. Egger serves as one of the founding Board Members.

He received his Bachelor of Music Education and Masters of Music Performance (Trombone) from the University of Mississippi.

The most treasured aspect of Mr. Egger’s life is his wife Sandy and three children, Jay, Emily, and Jack. Mr. Egger and his wife now reside in Georgetown and love the Texas Hill Country!