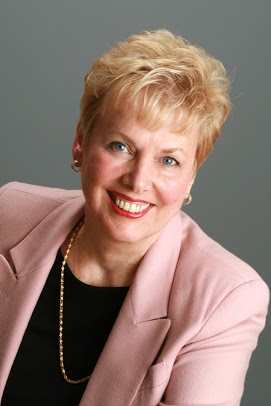 Jan Schronk was born in Indianapolis, Indiana, June 30, 1938, to Edward and Grace Raasch. Three and a half years later her brother, Douglas, was born. Her family moved to Vincennes Indiana and to Mt. Vernon Illinois where the band program began in the fifth grade. After seeing a Tommy Dorsey short film Jan informed her parents she wanted to play the trombone. When her parents could not convince her that a flute or clarinet was more appropriate for a young lady, she began a long relationship with the trombone. She won first divisions on class one solos under the direction of her high school band director, Lloyd Cook in Corpus Christi, Texas. It was during high school that she also auditioned for and participated in the acapella choir with George Smith. Playing the trombone continued during her freshman year in college and choir throughout her college career.

At fourteen, Jan began working at a local Corpus Christi radio station and at fifteen, she worked in television. Her weekly program, Chalktalks with Jan, continued through her sophomore year in college.

Jan attended Southwestern University in Georgetown, Texas on a full scholarship. Theatre and English were her majors, but music continued to play an important part in her life. She received her Master of Science from the University of North Texas and her Mid-Management Certification from Texas Women's University in Denton.

After moving to Dallas, Jan accepted a contract with the Dallas Independent School District on a Wednesday morning. On Wednesday afternoon KERA offered her a position. Timing directed her career. She taught a course called auditorium at Nathaniel Hawthorne Elementary School. Jan had sixty to ninety students every thirty minutes. Responsibilities included creative drama, Roberts Rules of Order within a weekly club meeting, and responsibility for one program per month. She learned how important it was to work with the music teacher during this period.

Jan's son was born in 1960. Chip works for HBO PPV in New York City as Manager-Operations. He has performed with Granbury Opera House and written and performed his own play off Broadway. He has played trumpet since junior high, and as an adult plays piano and flute. His wife, Judy, a former Broadway dancer, is a published novelist and director of The Writer's Circle, an enrichment and professional development program for creative writers, teachers and children in West Orange, New Jersey. Grandsons Colin and Cooper take viola and piano lessons and are the most loved grandsons in the world.

In 1970, Jan began her career with Hurst-Euless-Bedford ISD at Central Junior High School. In 1974, she transferred to Trinity High School to head the theatre department. She has also taught and directed plays at Tarrant Community College. As an actress, Jan has performed at TCC, Circle Theatre, Casa Manana, and various community theatres.

Jan met her husband, Stacy Schronk, in 1971, when auditioning for a role at TCC. Stacy was head of the theatre department at TCC for thirty-three years. He holds a Bachelor Degree in Vocal Music Education and a Master of Fine Arts degree in Musical Theatre from the University of Oklahoma. He has performed at Casa Manana, Granbury Opera House, and Lyric Theatre in Oklahoma City. They have been married since 1972.

When Jerry Longwell retired as Director of Fine Arts for the HEB school district, Jan decided to apply for the position. From 1986 to May of 2000, Jan enjoyed working with dedicated fine arts teachers and a district supportive of the arts. During her tenure as Director of Fine Arts, band assistants were added to all five junior high schools and assistant choir directors were hired for the junior and senior high choral programs. The District Elementary Choir was instituted and full time elementary music teachers were added to all elementary schools, completing the initiative started by Jerry Longwell. The Suzuki String Program was added to the elementary music program and an orchestra program developed at the junior high and high school levels as students moved through the system. Group honors achieved during this time included State Marching Champion, BOA champion, TMEA Junior High Honor Band, and guest groups invited to perform from the band and choir programs, in addition to the elementary district choir singing during the convention. She has served on the UIL Musical Technical Committee., and was a member of TMEA, TCDA and TBA.

Jan would like to thank TMEA and the Texas Music Administrators Conference for welcoming her into the organizations and supporting her in her role as Director of Fine Arts for HEB-ISD.