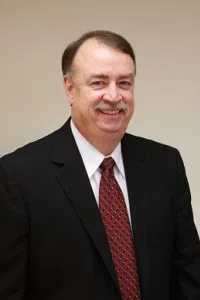 George W. Jones has served as the Director of Fine Arts for the Garland Independent School District since 1997. In this capacity, he oversees the daily operations, curriculum, staff development, budget, and staffing for Music, Art, Theatre Arts, Dance and Competitive Speech. He is a constant advocate for the arts in education.

Prior to assuming this administrative position, he served as a band director in Garland for 18 years teaching at Memorial Middle School, South Garland High School, Lakeview Centennial High School and Rowlett High School. He is still active as a clinician and adjudicator for music programs across the State of Texas.

Mr. Jones is a native of Pekin, Illinois where he was mentored by “The Leader of the Band” Lawrence Fogelberg. He holds a Bachelor of Music Education degree from Illinois Wesleyan University and a Master of Music from Southern Methodist University. He is a member of the Texas Music Educators' Association, the Texas Bandmasters Association, Phi Beta Mu honorary music fraternity, and the Texas Music Administrators' Conference. He is also a lifetime member of the PTA. In 2018, he was honored with the Lifetime Administration Achievement Award from the Texas Bandmasters Association.

George is married to Donna Jones, a teacher in the Garland ISD, and they have two children and one grandson. He retired from Garland ISD in 2019 and passed away in 2022.