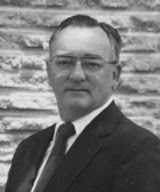 Richard J. (Dick) Winters was born in Beaver Falls, PA on July 14, 1929 to Harry R. and Ruth Winters. Following graduation from Hillsborough High School, Tampa, FL, he enlisted in the U.S. Marine Corps and served for two years. Following two years of service in the Marine Corps, Dick graduated in the 1963 charter class of the University of South Florida, with a B.A. in Music Education. Dick did post graduate studies at the Southwestern Baptist Theological Seminary in Fort Worth and received his MME degree in Guidance and Counseling from the University of North Texas.

Dick began his teaching career in 1966 as choir director in the Plano Independent School District, at Plano High School and at Plano Senior High School. He went on to become the Director of Performing Arts for the Plano School District. He was the “Voice of the Wildcats” football team and then the “Voice of Two Great Cats” with the addition of Plano East Senior High School. He was elected the first president of the Texas Music Administrators Conference at the organizational meeting held during the TMEA convention in February of 1983. He was a long-time member of TMEA, TCDA, ACDA, and the North Central Texas Association for Supervision and Curriculum Development, as well as a music adjudicator for Oklahoma schools.

Dick played saxophone in his church orchestra in addition to playing in the Plano Community Band, of which he was a founder. He organized and directed the Plano Community Chorus in 1968 and was a member of the Singing Men of North Central Texas. Dick was named one of the Plano ISD 100 Heroes and Plano Citizen of the Year 1975. He retired from Plano ISD in 1989 and passed away in 2010.