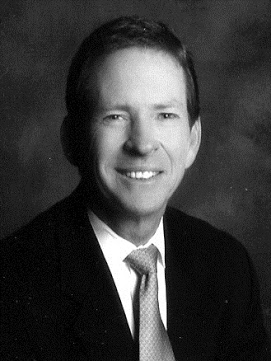 Bob Bryant is the Executive Director of Fine Arts for Katy I.S.D. Mr. Bryant is married to Felice, his supportive and understanding wife of 39 years. They have three children, Nathan, Natalie, and Noel, all accomplished musicians, who participated in concert and marching bands throughout their college careers. All three children are now married. Bob boasts of their four talented and intelligent grandchildren!

Throughout his 26 year teaching tenure, bands under the direction of Mr. Bryant earned numerous Texas UIL Sweepstakes Awards, by earning Division I (Superior) ratings in marching, concert, and sight reading competitions. The Katy High School Marching Band reached a student enrollment of over 400 members during his term as director and earned UIL Superior Ratings 14 of his last 15 years, advancing to the Area level of UIL Competition each time for the last 10 years. The Katy High School Symphonic Band earned consistent Superior ratings in UIL Concert and Sight Reading Competitions and awarded “Best in Class” honors and “Outstanding Instrumental Program” honors at numerous music festivals across five states. On June 10, 2000, under the direction of Mr. Bryant, the Katy High School Symphonic Band presented a concert at Carnegie Hall in New York City, New York. In 2013, The Lone Star Symphonic Band was named the sole recipient of “The Sudler Silver Scroll” as an outstanding community band by the John Philip Sousa Association. Mr. Bryant has been the conductor of this volunteer ensemble for 6 years.

Bob is a certified member of the Center for Educator Development in Fine Arts training Cadre. He has served two terms as a member of the Committee on Standards and Performance Practices for TMAA, and is a member of state University Interscholastic League and Texas Education Agency committees regarding music education and competition.